4 outstanding ASU alumni honored as The College Leaders of 2022

On Nov. 18, four outstanding alumni from The College of Liberal Arts and Sciences at Arizona State University will be recognized and celebrated for their accomplishments with an induction into The College Leaders.

Since 1997, The College Leaders program has recognized over 75 outstanding alumni from across The College’s natural sciences, social sciences and humanities divisions for their achievements in business, research and community service.

This year’s leaders, Seth Dobrin, Steven Gillen, Madeleine Goldman and Jennifer Kaplan, will join a distinguished group of individuals who showcase extraordinary leadership skills while driving positive change locally and internationally. The College will also be recognizing 137-plus outstanding students from across the divisions.

“This year’s leaders have applied their knowledge from their time at ASU to address the real-world challenges of today in the fields of science, business, technology, foreign relations and more,” said Patrick Kenney, dean of The College of Liberal Arts and Sciences. “They are great examples to our students of how their studies at The College laid a foundation for diverse and impactful career paths.”

Seth Dobrin received multiple degrees from ASU, including a BS in microbiology in 1996 and a PhD in molecular and cellular biology in 2004. 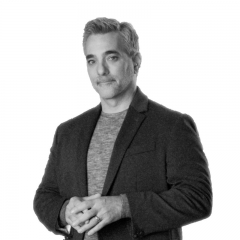 “I originally wanted to be a naval architect, and then an environmental lawyer. But I loved the biology classes I was taking so much, I dropped law and wanted to be a physician. And now I am none of those,” says Dobrin.

Instead, he works in artificial intelligence and technology and is the president of the Responsible AI Institute, CEO of Trustwise and founder of Qantm AI. Before his current roles, he was director of digital strategies at Monsanto and global chief AI officer at IBM.

Dobrin’s unique combination of experience and technical expertise allowed him to carve out a human-centered approach in the artificial intelligence field. He has become a prominent voice in the world of AI and has been featured in major international outlets such as Inc. Magazine, Protocol, The Wall Street Journal, Forbes and The National.

He credits ASU and his professors with teaching him the critical thinking skills and knowledge that have stuck with him throughout his career.

“ASU taught me how to think, how to learn and how to grow. I would not be where I am today were it not for ASU, particularly the professors and my peers. My professors taught me that serendipity is one of the most important parts of science and that the rigor of the scientific method is critical. My peers taught me the value of networks and relationships and that I don’t know everything, and I don’t need to know everything.”

Steven Gillen received three Bachelor of Arts degrees in political science, history and Russian in 1993. He first focused his studies on Russian and Soviet politics and history with an interest in U.S. policy during the Cold War; however, following the end of the war and the Soviet Union, he shifted his interest to Eastern Europe as a whole. 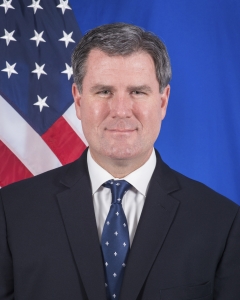 Today, Gillen is a foreign service officer with the U.S. Department of State. He serves as deputy special presidential envoy for hostage affairs, and before that, served as deputy assistant secretary of state in the department’s Bureau of Democracy, Human Rights, and Labor.

Gillen credits his undergraduate study of political science at ASU with preparing him for his specialty track as a political officer in the foreign service. While at ASU, he gained an understanding of U.S. foreign policy in broad, historical terms, as well as various systems of government around the world.

“My study of Russian as well as Serbo-Croatian and Macedonian at ASU made me more competitive in the foreign service’s selection process and later during the process by which foreign service officers are chosen for their overseas assignments. My study of history at ASU formed my essential understanding of the very societies in which I later served — especially Belarus, in the former Soviet Union, and Bosnia and Herzegovina, in the former Yugoslavia,” said Gillen.

Madeleine Goldman graduated from ASU in 1992 with a Bachelor of Arts in English. In 1996, she dove into the marketing and advertising field by starting a career at Caesars Entertainment and eventually acquired the role of corporate director of brand marketing at the casino-entertainment company. Currently, she is the president of Madweek Marketing. 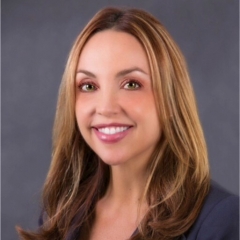 Business aside, Goldman is also a writer. She enjoys writing romance novels, set in the glamorous world of advertising. Before coming back to the West Coast from Florida, Goldman served on the board of directors at the South Florida Writers Association as well as on Brandeis National Committee.

“My favorite aspect of writing a novel is the process of creating a world that never existed before — a whole universe of people with their own flaws, attributes and challenges,” says Goldman.

Reflecting on her career, the writer and marketing consultant advises others to follow their calling and to stay ambitious toward dreams that might seem unattainable.

“I’ve always believed that if you have a calling and know, unequivocally, that it is your calling, you must listen, commit to it, give it your best effort and dream big. As long as I have the means and ability to write, I will do it forever.”

Jennifer Kaplan is a 1996 ASU graduate. She received her BA in communication from the Hugh Downs School of Human Communication. In 2010, she founded Evolve Public Relations and Marketing, which offers comprehensive services such as public relations, branding, business and media consultation, strategic planning and event planning. 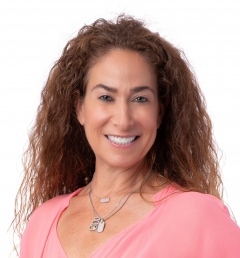 “I feel challenged every single day by the new and changing experiences and the zig-zags that present themselves,” she said.

Kaplan has received numerous awards, including this year's Inaugural Hugh Downs School of Human Communication Alumni of the Year Award, Phoenix Business Journal’s “40 Under 40” Award and recognition among “The Most Influential Women in Arizona Business” by AZ Business Magazine.

She mentioned that ASU helped her align her passion for being a connector with a career path she later followed.

“ASU helped me tremendously in where I am today — I feel like I grew up at ASU. I was given opportunities to thrive and focus on the things I love — all aspects of communication. I took interpersonal, intercultural, nonverbal and more. It helped me hone my communication skills and learn what was necessary to take my desire to be a connector and find a way to do it in real life as a profession. It’s a dream come true.”