What happens when something new, something inspiring, becomes — well — routine? 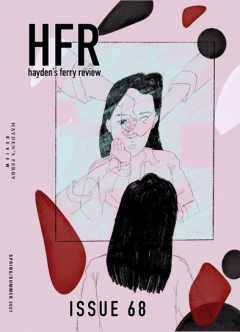 In other words, it’s a big deal in the literary world.

But as the years and decades passed, Rios felt like Hayden’s Ferry, a depository for original works, had become wholly unoriginal.

“You have a new issue, and you feel great; fireworks,” Rios said. “You have a party and then you do that again and again. You start to realize that those issues, which you’re so excited about when you’re putting them together, they fall into the dreaded archive. It’s just there. It feels like a weird literary constipation. It always struck me that there ought to be something more we can do with that.

“I began to think about it, and I thought, ‘Well, imagine if that archive was not dead weight but still as vital and alive as it was when we celebrated its beginning?’ How could we do that?”

The answer to that question has become the Thousand Languages Project, which translates works from Hayden’s Ferry into different languages, and in the process helps to fill a void; less than 3% of all books published in the United States are translated into a different language.

“It’s a project that I think is all about inclusion,” said Jacqueline Balderrama, a Mexican poet who is leading the Thousand Languages Project as the Virginia G. Piper fellow-in-residence. “Inclusion in the way where language can bring us together.”

Student interns do the translating. Most of the interns have come from the Department of English or the School of International Letters and Cultures, Balderrama said, but the internships are open to any students at ASU.

“The idea is whoever comes in with whatever sort of language experience they have will be able to contribute,” Balderrama said.

Balderrama said she plans to reach out to the Native American community at ASU to try to find students who can translate into Indigenous languages, and have an audio and video component to the website where works have been translated into sign language.

“It embraces not only the students at ASU but the ethos of ASU, and that’s exciting,” Rios said.

Translating a work from Hayden’s Ferry is not as simple as using Google Translate. Every language has its own nuances; a word in English may not mean the same thing in Turkish or Chinese.

Laura Dicochea, a PhD student in the School of Transborder Studies with a focus on Spanish sociolinguistics and pedagogy (grades six to 12), took on the task of translating “Drink,” a fictional work by author Chidelia Edochie, from English into Spanish.

“Drink” is a short work at 784 words, but Dicochea spent nearly two weeks making sure what was translated into Spanish is what Edochie meant in English. She translated three or four sentences at a time to get the context of what Edochie was trying to communicate, and then went over each sentence multiple times to make sure the translation was accurate.

“Google Translate is a great tool that can be used, but there’s a lot of things that aren’t translated that easily because they’re not the equivalent in another language,” Dicochea said. “So I think the beauty is trying to find the closest equivalent for the audience we’re trying to reach.

“It can sometimes take a long time, just going back, revising, re-checking, consulting with other colleagues from different departments, like linguistics or Spanish, and trying to make sure that we’re conveying that same meaning.”

Dicochea cited the second line in Edochie’s work: “In my country water is more like metal — sharp and rusty, swallowed only after some effort.”

“When I was trying to translate that I was like, ‘Well, I don’t know if this sounds right. I had to consult with a doctoral student who’s a teaching assistant in Spanish. I asked him, ‘How does this sound to you? Because I don’t know if I’m conveying the same meaning as it is in English.’

“She (Edochie) also describes sweet dough, and I’m like, ‘Well, I don’t know if dough tastes sweet in Spanish.’ It takes longer than people think, but we have to make sure we don’t lose the meaning.”

Translating all of Hayden’s Ferry's 69 back issues will take months, if not years. But when the work is completed, the archive, as Rios dreams, will have come alive.

“We can say that at Hayden’s Ferry Review, when we speak,” Rios said, “we speak to everyone.”