When it comes to the topic of transgender athletes competing in sports, people have a lot to say. But it's more than just talk. This debate is expressed through popular culture, policies and politics.

Essentially, it boils down to this question: Do “fairness” and “inclusivity” hold the same weight in sports?

According to the International Olympic Committee, “participation in sport is a human right.” Translation: yes. But not everyone agrees.

On Thursday, Arizona State University's Project Humanities hosted a virtual platform for a professional transgender athlete and a scholar to offer their lived experience and research perspectives connected to this hot-button topic.

“As Project Humanities celebrates its 10-year anniversary, we continue to explore topics that divide many, topics that many actually avoid, and topics that still others choose not to understand,” said Neal A. Lester, professor of English and Project Humanities director. “Project Humanities has had conversations about transgender identities before and sees this as another opportunity to conjoin a persistent focus on justice, diversity and humanity. The lived experience of others may or may not align with our own, but each is worthy of being voiced and heard.”

The livestreamed event, titled “Dispelling the Myths: Transgender Athletes and Sport,” commenced the initiative's fall event series. It addressed the myths and misconceptions about trans and intersex female athletes in women’s sport. It also explored connections between testosterone and sport performance and looked at the current anti-transgender political and social climate. 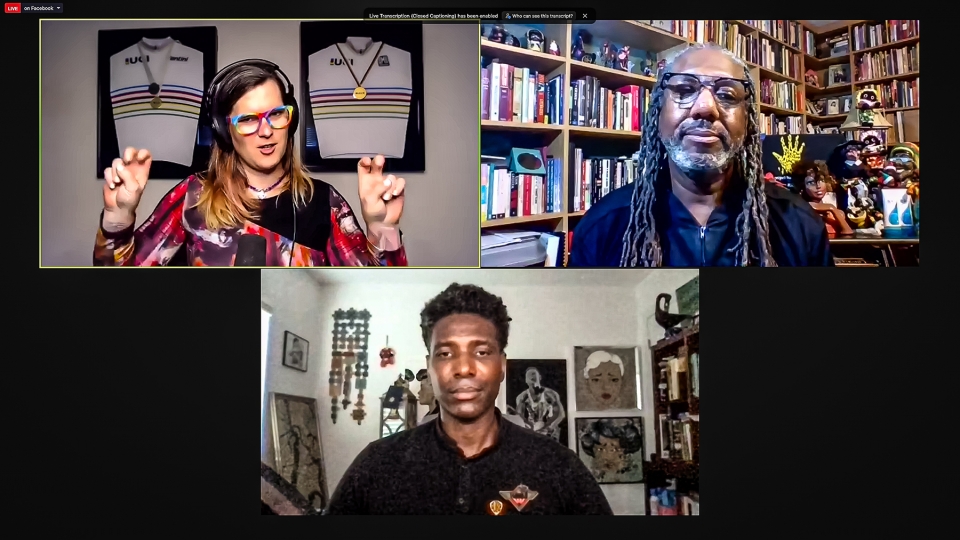 Ivy kicked off the event discussing fairness in sports, what it has been like to compete as a trans athlete, the science of testosterone and performance, and discriminatory policies.

“I have a dream that one day we will be celebrating exceptional women no matter what their gendered history is, and we are nowhere near that,” said Ivy, who advises several international and national sports committees and federations on inclusion. “It bothers me when I see interviews of other successful athletes and the interview is about celebrating their performance when my interviews are always about defending my right to exist.”

Ivy said even though this topic has been debated and is constantly in the spotlight, important facts seem to get lost in the fray. She said both the International Court of Arbitration and the International Olympic Committee, both headquartered in Lausanne, Switzerland, and considered the “Supreme Court of Sports,” has straightforward polices in place for trans athletes that allow them to participate in sports without discrimination.

“The practice of sport is a human right,” said Ivy, who noted that the Olympics has had a trans athlete policy in place since 2004. “We need to stop policing femininity, period. We do not do this for men, only for women, and we need to stop.”

Ivy also stated that there is no empirical data on the relationship between natural testosterone and performance, and that science introduced by detractors is often “shady” and false.

“Medically all of my records say female. Trans girls are actually female,” Ivy said. “Trans women are women. Trans boys are male, and we all need to get over this.”

“We’re all playing by the same rules under the same conditions of fairness,” Ivy said. “Everybody has different degrees of testosterone, and some women have more testosterone than men.”

Brooks said the notion that trans athletes are taking over women’s sports reminded him of a Sports Illustrated cover story from 1997, which insinuated white athletes were a dying breed.

“It (the article) was about these poor white boys who are having to take on these Black boys who are these ‘freak’ athletes,” Brooks said. “So, it struck me how it’s the same argument being used. … When we get to the heart of it, we talk about fear.”

Ivy said she has suffered from PTSD and anxiety as a result of harassment from those who believe that her participation in women’s sports is unfair, going so far as to call them "stalkers."

“It’s messed me up, I’ll be perfectly honest,” she said. “Going to competition is like a trigger for me. I have to do so much mental preparation and so much emotional work just to show up.”

Ivy did say progress was made in the recent Tokyo Olympics in which trans athletes saw competition in such sports as BMX, weightlifting, soccer and skateboarding. Midfielder Quinn became the first openly transgender and nonbinary athlete to medal at the Olympics when the Canadian women's soccer team won gold.

Lester said Ivy’s presentation changed a lot of minds and hearts, and helped bring understanding across the board.

“The survey feedback and personal responses to this opening fall event have been very encouraging,” Lester said. “Reading the powerful and engaging chat comments and getting messages of hope from attendees who are themselves transgender or the parents of transgender children is inspiring.”