Mellon Foundation awards record $4.2M to ASU's Center for Imagination in the Borderlands

The Andrew W. Mellon Foundation has issued a $4.2 million grant to Arizona State University to support the development of a collective model of mentorship centered on Indigenous knowledge and practices, establishing the Praxes of Indigenous Knowledge and Collective Mentorship project at the Center for Imagination in the Borderlands under the directorship of poet, 2020 National Book Award finalist and creative writing Associate Professor Natalie Diaz.

“Our goal is to build a foundation of knowledge for Indigenous artists and scholars that challenges institutional habits of disseminating that knowledge,” said Diaz, associate professor of English and the Maxine and Jonathan Marshall Chair in Modern and Contemporary Poetry. “The way mentorship occurs in our Indigenous communities is continual and across generations, in a relationship of reciprocity. This project will initiate a sustained conversation among Indigenous scholars from different regions, tribes, countries and generations. We want to move beyond the one-on-one mentorship model and return to a more collective imagining and creating.”

The Collective Mentorship project will introduce a new model of mentorship and scholarship, enlisting postdoctoral fellows and graduate research assistants as mentors to stress the importance of relationships and reciprocity and create academic structures to honor knowledge production of Indigenous and non-Indigenous peoples. By bringing together small groups of students, faculty and visiting scholars for discussions in an intimate space free from assimilative pressures, the project aims to generate new courses at ASU through the production of a curriculum of best practices for collective mentorship and teaching models, along with six to eight individual publications and one collective publication each year. 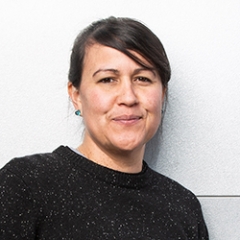 The program has a level of intentionality to generate the presence of more Indigenous peoples and ideas in decision-making capacities according to the program’s co-principal, Bryan McKinley Jones Brayboy.

“Indigenous peoples are often invisible in academic institutions. We’re usually removed from the conversation until November when we celebrate Native American Heritage Month. Or when there is talk of Thanksgiving,” said Brayboy, who is a President’s Professor, director of the Center for Indian Education and ASU’s special adviser to the president on American Indian affairs. “This grant allows us to consider what kinds of structures we want to put in place to begin mentoring new generations of Indigenous scholars to make our presence more visible in every day settings and not just in November.”

Currently, there are approximately 3,500 faculty and 18,000 staff members at the university. ASU’s 42 Indigenous faculty members, many of whom are senior members of the ASU academy and will retire within the next decade, represent just over 1% of the entire faculty.

Brayboy co-wrote “Praxes of Indigenous Knowledge and Collective Mentorship: Indigenous Origin and Migration as Collective Praxis” with Diaz. Blending their talents, the two scholars introduced a nuanced and innovative model of mentorship that will prepare emerging Indigenous academics to understand, through practice, the importance of building relationships and activates a plan to create a future for themselves in academic structures. 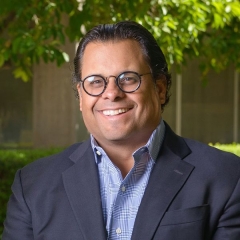 This is a conglomeration of work Diaz and Brayboy have been doing separately. Brayboy has been convening weekly meetings of Indigenous scholars (from the ages of 22 to 70) for a year to discuss the role of Indigenous knowledges and the future of the planet. Diaz has also been doing this at the Center for Imagination in the Borderlands, her brainchild that launched in 2020. In the past year, the center has convened national and international scholars, artists and activists to build interdisciplinary collective inquiries on urgent issues.

The gift follows a previous $750,000 grant in 2019 to ASU for Native Narratives, which supports college completion and graduate school preparation for American Indian students. 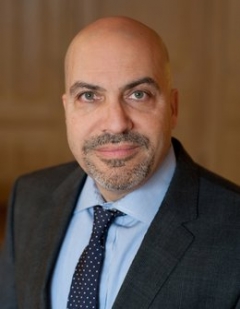 “The Foundation is delighted to support the extraordinary and dynamic tandem of our two principal investigators on this grant, Natalie Diaz and Bryan Brayboy,” said Mellon Senior Program Officer Armando Bengochea. “Their joint vision for creation within ASU, and among their peers elsewhere, a new way of being, thriving and flourishing for Native scholars while also helping to transform the traditional spaces of a large academic institution is breathtaking and compelling.”

The bulk of the $4.2 million grant will fund several initiatives and collaborative efforts over a four-year period. They will include collective conversations at ASU; collaborative talks sharing Indigenous knowledge at reservations; curriculum development and research; migratory land-based engagements at other universities; increasing the number of postdoctoral graduates and graduate research assistants; and hosting workshops, symposiums and public-facing events and performances at other institutions. The hope is to increase the number of Indigenous faculty, scholars and graduate students and build knowledge and mentorship structures in and outside of the university.

In addition to Brayboy and Diaz, core faculty for this program will include Megan Bang, professor of the learning sciences and psychology at Northwestern University and senior vice president at the Spencer Foundation; Linda Tuhuwai Smith, a Maori scholar and professor at the University of Waikato; Aulani Wilhelm, a native Hawaiian scholar and vice president of Oceans, Conservation International; and one more Indigenous scholar to be determined at a later date.

Once these people and systems are in place, Diaz believes a paradigm shift could be in the offing.

“We will create a 21st-century space for Indigenous scholars to be present in institutions of higher education, to change the way those institutions imagine, and to elevate and escalate our knowledges and mentoring relationships,” Diaz said.